MIND diet is a way of eating that aims to improve the functioning of the brain and nervous system. It shows promising results in the prevention of Alzheimer’s disease, which affects many elderly people. The MIND diet affects not only the mind, but also other areas of health. It is simple to use and does not require a lot of sacrifices.

What is a MIND diet?

By using the MIND diet you can significantly reduce the risk of neurodegenerative brain disease. By increasing the diet’s share of foods that are beneficial for brain function, it is a means of preventing Alzheimer’s disease. The name MIND diet suggests that it affects the state of mind. MIND is the acronym for „Mediterranean-DASH Intervention for Neurodegenerative Delay”. The MIND diet protocol uses the combination of the DASH diet and the Mediterranean diet, which are considered to be among the healthiest in the prevention of cardiovascular disease and have a positive impact on overall health. Both ways of eating have taken into account what is most influenced by the state of the brain and some modifications have been made.

Martha Claire Morris, epidemiologist at the Rush University Medical Centre in Chicago, studies the effects of nutrients on the body. Her group has developed a dietary protocol that reduces the risk of neurodegenerative diseases, based on research into the Mediterranean diet and DASH, and the various food ingredients and their effects on the state of mind as tested in humans and animals. The effectiveness of the MIND diet in the prevention of Alzheimer’s disease has been confirmed in a nearly 5-year study, but the author stresses that a more in-depth study of the effect of diet on the state of mind is needed.

The MIND diet was recognized by U.S. News & World Report as one of the healthiest diets, and also the easiest to use. It’s easy to follow the rules and it should not be a problem in the long run. The main advantage of the diet is the lack of strict restrictions on the products used. The MIND recommends certain food groups, while others restrict it, but does not order absolute renunciation. Dietary supplements are rich in vitamin C, E and B, antioxidants and unsaturated fatty acids, which are beneficial for brain function. The main difference between the MIND and DASH diets and the Mediterranean diet, which is its prototype, is the need to introduce green vegetables in large quantities. In the MIND diet food is divided into 15 categories, of which 10 are recommended to be consumed, and 5 should be restricted.

Products recommended in the MIND diet

Products that should be restricted in the MIND diet

Vegetables in the MIND diet are best eaten raw, as then they will provide more vitamins and antioxidants. In case of problems with the digestive tract, raw vegetables can be cooked instead, but beneficial effects of the diet will be noticeable later. Whole grain cereal products consumed 3 times a day are intended to deliver B vitamins that are responsible for the functioning of the nervous system. Five times a week you should eat a handful of nuts or seeds that contain unsaturated fatty acids that are cellulite membranes, numerous minerals and vitamin E – a potent antioxidant. In the remaining days, you should eat half a cup of legumes, which provide protein, B vitamins and fibre. Very important are marine fish – a source of omega-3 fatty acids EPA and DHA, which have a great impact on the nervous system, inhibit inflammatory processes and protect the cardiovascular system. At least one serving of fish per week should appear on the menu. At least 2 times a week you should eat berries, blueberries, raspberries and other berries, which help to get rid of toxins from the body and affect the condition of brain cells. The MIND diet protocol recommends drinking a glass of wine daily, as studies show that a small amount of alcohol is better for brain function than complete elimination. Olive oil as a source of monounsaturated fatty acids and antioxidants should be the basic fat used in the kitchen.

How does the MIND diet affect health?

The MIND diet was created as a dietary protocol for the prevention of Alzheimer’s disease. This disease typically affects people 65 years of age, is a result of the disappearance of nerve cells in the brain and leads to a gradual deterioration of memory, cognitive abilities, speech disorders and orientation. There is no effective medicine for it and in Poland alone about 250 thousand people suffer from Alzheimer’s. In the United States there are about 5 million people. The effectiveness of the MIND diet in this area has been confirmed by a study that lasted 4.5 years and was conducted on 923 people from Chicago between the ages of 59 and 98. During a 54-month follow-up, the risk of Alzheimer’s disease decreased by 54% in those who followed the diet recommendations. Interestingly, those who only partially complied with the recommendations had a 35% lower risk of developing the disease. At the same time, during the entire period of observation, progression of the disease was found only in 144 out of nearly 1000 subjects. The authors point out that this is only the beginning of work on the possibilities of dieting with Alzheimer’s disease, but the results are promising.

Research by Chicago scientists is not the only one showing the beneficial effects of MIND diet components on the state of mind. Two previous large studies in the United States showed that people who ate at least 2 servings of vegetables per day had slower progression of cognitive decline. The effect was additionally enhanced by eating at least 6 servings of green vegetables a week. Animal studies show that eating berries has a positive effect on memory, and population studies suggest that eating one fish meal a week is correlated with the prevalence of Alzheimer’s disease.

The MIND diet can be used not only for neurodegenerative diseases. It will work for all people who work long and live in stress, using a lot of mental effort. Applying a diet rich in compounds beneficial for the brain work improves memory and concentration and lessens the effects of long-term nervous tension. In addition, the MIND diet contains foods that improve cardiovascular health, lowering blood cholesterol levels and increasing the feeling of satiety after a meal, allowing you to eat less. Lots of antioxidants from fruits and green vegetables help the body defend against cancer, and it also acts as an anti-aging agent and improves the condition of skin cells.

Lunch: a handful of almonds

Afternoon tea: tomatoes with mozzarella and arugula with olive oil

Supper: salad with any tuna fish and mash

Afternoon tea: a handful of walnuts

Afternoon tea: a handful of hazelnuts 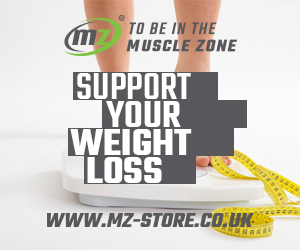 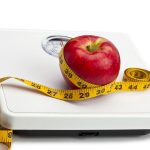 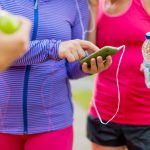 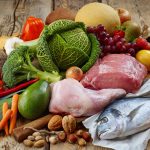